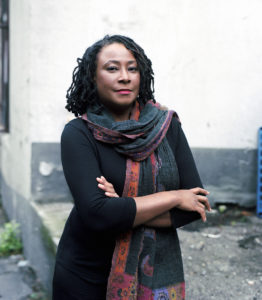 Pianist, composer, Guggenheim Fellow, and educator Geri Allen died on Tuesday, June 27, 2017 from complications of cancer in Philadelphia, Pennsylvania. She had recently celebrated her 60th birthday.

Hailed as one of the most accomplished pianists and educators of her time, Allen’s most recent position was as Director of Jazz Studies at the University of Pittsburgh. She was especially proud of performing with renowned pianist McCoy Tyner for the last two years, and was also part of two recent groundbreaking trios: ACS (Geri Allen, Terri Lyne Carrington, and Esperanza Spalding) and the MAC Power Trio with David Murray and Carrington – their debut recording Perfection was released on Motéma Music in 2016 to critical acclaim.

“The jazz community will never be the same with the loss of one of our geniuses, Geri Allen. Her virtuosity and musicality are unparalleled,” expressed Carrington upon learning of her passing. “I will miss my sister and friend, but I am thankful for all of the music she made and all of the incredible experiences we had together for over 35 years. She is a true original – a one of kind – never to be forgotten. My heart mourns, but my spirit is filled with the gift of having known and learned from Geri Allen.“ 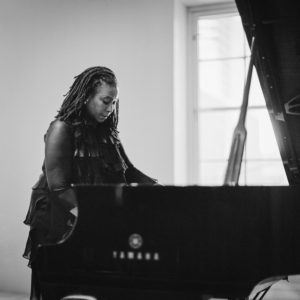 She was the first woman and youngest person to receive the Danish Jazzpar Prize, and was the first recipient of the Soul Train Lady of Soul Award for Jazz. In 2011, she was nominated for an NAACP Award for Timeline, her Tap Quartet project. Over the last few years, Allen served as the program director of NJPAC’s All-Female Jazz Residency, which offered a weeklong one-of-a-kind opportunity for young women, ages 14-25, to study jazz.

Allen was also recently honored to be one of the producers of the expanded and re-mastered recording of Erroll Garner’s The Complete Concert by the Sea, which garnered her an Essence Image Award nomination as well as a GRAMMY® Award-nomination in 2016. She felt strongly that students should have access to this material, and went on to organize a 60th anniversary performance of the material at the 2015 Monterey Jazz Festival with Jason Moran and Christian Sands.

Having grown up in Detroit, a region known for its rich musical history, Allen’s affinity for jazz stemmed from her father’s passion for the music. She began taking lessons at 7-years-old, and started her early music education under the mentorship of trumpeter Marcus Belgrave at the Cass Technical High School. In 1979, she was one of the first to graduate from Howard University with a Bachelor of Arts degree in jazz studies. It was there that she began to embrace music from all cultures that would ultimately influence her work. During that time, she studied with the great Kenny Barron in New York City.

“I first met Geri when she was a student at Howard. She would take the train up to my house in Brooklyn for lessons. Even then it was apparent that Geri heard some things musically that others did not,” Barron reflects. “In 1994 we performed a duo piano concert at the Caramoor Festival in New York and I realized how fearless she was and at the same time how focused she was. It was a lesson that I took to heart. Geri is not only a great musician, composer and pianist, she is a giant and will be sorely missed.”

In New York, Allen met Nathan Davis, a respected educator who encouraged her to attend the University of Pittsburgh where he served as Director for their Jazz Studies department. She followed his advice and earned her Masters Degree in Ethnomusicology in 1982. In 2013, she became their Director of Jazz Studies upon Davis’ retirement.

While at UPITT, Allen’s commitment to community outreach and bridging educational inequities manifested through her pioneering engagement on the research education network of Internet2 and CENIC, where she connected virtually to universities and cultural institutions across the country, collaborating with artists and technologists such as Terri Lyne Carrington, Chris Chafe, George Lewis, Michael Dressen, Jason Moran, Vijay Iyer and the SFJAZZ High School All-Stars.

She was also the musical director of the Mary Lou Williams Collective, recording and performing the music of the great Mary Lou Williams, including her sacred work Mass For Peace. Allen also collaborated with S. Epatha Merkerson and Farah Jasmine Griffin on two music theatre projects: “Great Apollo Women,” which premiered at the legendary Apollo Theatre, and “A Conversation with Mary Lou,” which premiered at the Harlem Stage as an educational component for the Harlem Stage collaboration. The University of Pittsburgh hosted the first ever Mary Lou Williams Cyber Symposium where Vijay Iyer, Jason Moran, and Allen performed a three piano improvisation from Harvard, Columbia and the University of Pittsburgh in real time using Internet2 technology.

Allen was a recent recipient of the Howard University Pinnacle Award presented by Professor Connaitre Miller and Afro Blue. She has served as a faculty member at Howard University, the New England Conservatory, and the University of Michigan where she taught for ten years. In 2014, Allen was presented with an Honorary Doctorate of Music Degree by Berklee College of Music in Boston. The Honorable Congressman John Conyers Jr. presented the 2014 Congressional Black Caucus Foundation Jazz Legacy Award to Allen.

In 1985, Allen released The Printmakers – her debut release as a leader, and one of the hundreds of releases that encompasses her boisterous discography. In 1990, she signed to Blue Note Records and released The Nurturer with mentor Marcus Belgrave, Kenny Garrett, Robert Hurst, Jeff “Tain” Watts and Eli Fountain. This release showcased a more conventional playing style while still maintaining the freedom of improvisation and expression that was so present at the start of her career. 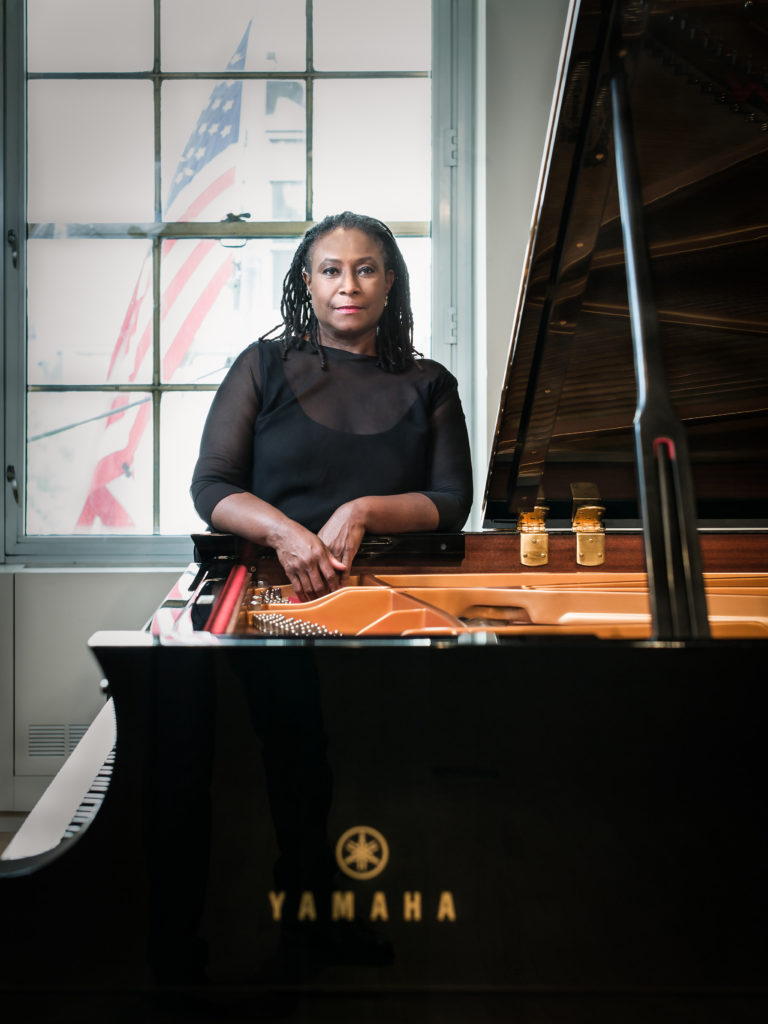 Throughout the late ‘90s and early 2000s, Allen continued to be a pioneer for the genre both as a side-woman and as a leader. Her improvisational virtuosity was displayed on Ornette Coleman’s 1996 release of Sound Museum, her 1988 release The Gathering, and again in 2004 with The Life a Song featuring Dave Holland and Jack DeJohnette. In 2010 her solo piano album, Flying Towards the Sound was critically acclaimed and was rated “Best of 2010” on NPR and DownBeat magazine’s Critics Polls.

Allen’s commissioned work “For the Healing of the Nations” in 2006 was written to pay tribute to the victims, survivors, and family members of the September 11th attacks. This special tribute was performed by the Howard University’s Afro Blue Jazz Choir and included performances from jazz musicians such as Oliver Lake, Craig Harris, Andy Bey, among others. It was also around this time that Allen had been awarded the prestigious Guggenheim Fellowship honoring her prolific role in furthering this creative art form. This allowed her to release the compositions “Refractions” and “Flying Towards the Sound,” as well as three short films under the Motéma Music label.

In 2008, Allen received the African American Classical Music Award from the Women of the New Jersey chapter of Spelman College as well as “A Salute to African-American Women: Phenomenal Woman” from the Alpha Phi Alpha fraternity, Epsilon chapter at the University of Michigan. Allen also performed in a theatrical and musical celebration honoring Dr. Martin Luther King Jr. for the statue unveiling in Washington, DC.

Allen contributed some of the most groundbreaking and forward thinking music of the time. The remarkable pianist leaves behind a wealth of material that will educate future generations of musicians. A mother of three, she credited her family for making it possible for her to maintain such a successful and fruitful career. She was a cutting edge performing artist, and continued to entertain internationally up until her death.

2022 Geri Allen
this site is part of JAZZCORNER